Flights to Tahiti: Practical Information to Choose Your Plane Ticket

The island of Tahiti is located in the middle of the Pacific Ocean thousands of miles from Europe and the North American continent. So expect a long journey to French Polynesia. With the exception of cruises to Tahiti, who will travel by liner and schooner, the vast majority of visitors will arrive by air. The adventure at the end of the world has a rather high initial cost. Indeed, the price of flights to Tahiti will represent a significant part of the budget dedicated to the trip. However, it is possible to save considerable amounts of money on airfare. To make the most of your stay, here are some tips and tricks.

Going to Tahiti: Some Practical Reminders

Because of the great distances, there are no direct flights to Tahiti from Europe. Technical stopovers on North American territory are necessary. Allow 22 to 30 hours of flight time before arriving at your destination.

Traveling westward, you will cross a time zones and arrive the next morning of your departure, or very late in the evening depending on your departure time. The phenomenon for the return flight will be the opposite: you will land in Europe two days later.

The conditions of entry to French Polynesia are very easy for all citizens of the European Union and the European Economic Area. The usual identity papers (passport or identity card) are sufficient. For citizens from the United States and Canada, no tourist visa is required for a stay of less than 90 days. For citizens of the rest of the world, consult the French diplomatic and consular services in your country.

Due to the length of the journey, flights from Europe make technical stops in the United States. Non-American passengers must have an electronic travel authorization (ESTA). Otherwise, they will be denied boarding at the departure airport.

The ESTA is an administrative formality, mandatory and not free of charge. It allows you to enter the United States. Note that this measure does not concern immigration services. Passengers in transit are generally not allowed to leave the airport, or even to get off the plane, during the stopover. To obtain this digital authorization, an online request must be made through ESTA website about ten days before departure.

Which Airlines Offer Flights to Tahiti? 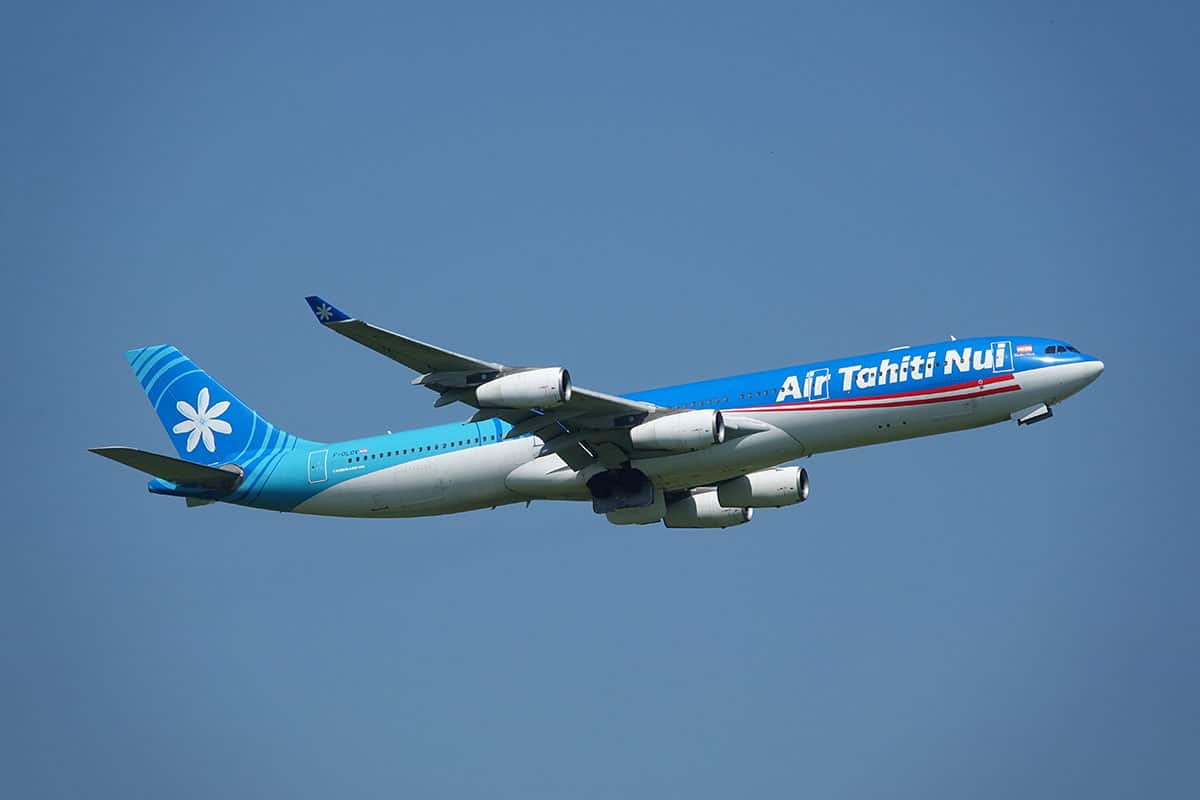 Flights to Tahiti From Europe

From Paris, several airlines offer their services to reach French Polynesia. From Charles de Gaulle airport, Air France and Air Tahiti Nui are the main ones. Flights to Tahiti go through Los Angeles, USA. Each offers travel classes from economy to business/premium.

Choosing between them is not only a question of price, but also of the services on board. The most comfortable classes are to be found on Air France, where it is possible to sleep lying down. On the other hand, Air Tahiti Nui offers Polynesian accompaniment and the atmosphere on board seems warmer, or at least less standardized.

The real difference lies in the departure and return schedules. With Air France, flights to Tahiti arrive early in the morning. With Air Tahiti Nui, they land in the evening and you have to get to your hotel immediately. For the return trip, the problem is different. Air France flights to Europe take off at dawn, which means that you must stay in a hotel close to Faaa International Airport.

Between the two, we recommend Air Tahiti Nui for the charming Polynesian feel. In addition, a night’s rest upon arrival will help limit the effects of jetlag.

Looking for affordable prices? A third company, French Bee, specializes in low-cost flights, which are cheap but also less comfortable. This time, flights to Tahiti take off from Paris-Orly airport. In any case, we recommend that you use Skyscanner to find the best prices available:

Flights to Tahiti From North America

For those traveling from the United States or Canada, flights to Tahiti are direct from Los Angeles and San Francisco. Expect a little less than 8 hours. Generally, departures are in the early evening. Return flights are scheduled to arrive in both cities in the middle of the day. Boarding is done on planes in transit from Europe or on American airlines such as United Airlines.

The Price of Flights to Tahiti

Two factors explain that big difference in price: the climatic season and the tourist season. Less rainy, the dry season is the best time to visit Tahiti. It is from April to October. Then, the summer months are the most appreciated by travelers from all over the world. In addition, expatriates return and leave for France. Airline tickets are very expensive in July and August.

Therefore, it is important to choose the right date of departure and, if possible, to be flexible. Bringing your trip forward by two days can sometimes save you up to half the price of the plane ticket. And thus reduce considerably the cost of a trip to Tahiti.

After the question of transportation, comes the question of accommodation. Choose yours among the best hotels in Tahiti. You can then go and explore the secrets of the Queen Island, its wild nature and its fantastic landscapes. The activities in Tahiti are numerous and varied to allow a beautiful immersion in the local life. Contact us now to organize your stay in Tahiti.